September 11, 2001: My introduction to Standard Process and Applied Kinesiology.

I want to tell the story about how I came to know Applied Kinesiology via Standard Process, due to my experience being in Manhattan on September 11th, 2001.

On that day, I was stuck in Manhattan. In the morning when the jets hit the Twin Towers, I was staying at the Milford Plaza Hotel in midtown. Later that day I was closer to the incident in Chelsea, because that’s where my room reservation was for that night. It was stressful, and I was exposed to a lot of chemicals and debris in the air from the fires and the wreckage. When I was able to leave Manhattan 2 days later and subsequently fly back to Portland, I was stressed and scared about what had happened. I was finding it hard to pick up and get my business going. I had just graduated from chiropractic school a couple of months earlier, ending six years of consistent full time school, with emphasis on science, math and clinical training. I was not feeling great.

Later on that fall I started having excessive hair loss. I’d never had anything like it. My hair was weak at the root. It would come out very easily. It made me not want to wash it or let anyone touch my head. This added to my stress because I didn’t know how to fix it. It’s a sign of your thyroid being off, but blood tests didn’t show that. As a new doctor it didn’t help my confidence.

Some months later I called Standard Process for more information on their products. They sent a field representative over to my office. She was so encouraging, and recommended some things for me to try when I told her about my hair. She also told me I should think about Applied Kinesiology as a next step in clinical training. Then she gave me the name of a chiropractor in town she thought could help me, a muscle testing doctor.

Well, that doctor did help me reverse my hair problem quickly. I also thought his applied Kinesiology skills were something I definitely wanted to learn to help people. That was in 2003. I started studying it and never stopped. I am since 2004 a member of the International College of Applied Kinesiology, a professional association of muscle testing doctors and academics.

As for Standard Process, I know their line well. I’ve taken probably at least 200 hours of training just on their nutritional products and their associated herbal line, Medi-Herb.

I would say I’m very satisfied with the path I chose to follow after school. Looking back on how I arrived at this point, I see that my own interests and inclinations of how to solve the sometimes tough conditions for people have developed. I love muscle testing, and use it for examination, feedback with chiropractic, and also to guide recommendations for nutrients, herbs, and other therapeutic agents. 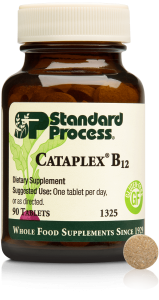